Home
Inspiration
Chat Bot Ideas Out of The Left-Field

The age of the chatbot is nigh, but nobody wants to talk with a bot that’s going to be useless or boring. Here are a few ideas for chat bots that range from quirky to irreverent.

In a new city and want to get away from the touristy areas and into the grittier parts? Enter Sketchy, a chat bot which you can engage with to receive instructions on how to get to the sketchy areas of any place. Sketchy will assess roughness around the edges that you’re looking for conversationally, then guide you to an area that you’ll be made vaguely uncomfortable by.

When you’ve had enough and too far out of your comfort zone, just tell Sketchy, and you’ll be informed about the fastest way out of there. Other people who’ve talked with Sketchy will be guided directly to or away from the areas near where you found your limit.

You could also hypothetically use Sketchy to avoid these same areas and have a safe experience in an unknown environment, but that wouldn’t be as fun.

If you’re waiting for your ticket to come up while using text-based tech support, you probably don’t want to be chained to your computer. Just setup Stall for Me. If you’re away when the customer service representative picks up your ticket, it’ll waste their time with vague descriptions of an issue and noncommittal shuffling while looking for the relevant button or paperwork until you return.

Upon your return, you’ll be sure to have a slightly irritated yet ready-to-serve representative at your beck and call.

Sometimes you need an exit strategy for a text-based conversation, but you don’t necessarily have the time to put it into action yourself. Just activate Boring Conversation Anyway, and your communications will be taken over by a chatbot that’s big on one-word answers, distant language, long delays between messages, and palpable disengagement with the topic of conversation.

After an amount of time which you define, the bot will send an “I gotta go” and close things out for you.

There’s an App For That

How many times have you come up with an app idea, only to find after a long period of searching that it already exists? Just ask There’s An App For That next time, and it’ll do some searching for you and offer the most promising results.

What Should I Have for Dinner

Deciding what to have for dinner can be difficult when you have multiple options that are equally desirable. Tell the chatbot what you have on hand, and it’ll walk you through a pro/con list for each of your options until you’re hungry enough to decide.

If you’re interested in having content that goes viral, you’ll need to do some strong market research. Or not. Just have a chat with Ready To Go Viral and pitch ideas that you think might have broad appeal.

The bot will search for similar instances of the same content, see how they performed, and shoot the gist of your idea to other users of the chatbot, who can weigh in.

Social media has become a quagmire of bots which pollute news feeds with stale content. Enter Rick Deckard, which you can assign to test whether a given social media user is a bot or not. First, tell Rick your suspicions about the user, then let him check it out personally and share with other users of the chatbot.

Soon, you’ll get a result which lets you know whether your android intuitions were correct. Quotes from Blade Runner come gratis.

Life calls for deception on occasion, and it can be tough to impersonate people if you don’t know much about their culture’s habits or their profession’s oddities. Enter Impersonator, who will help you prepare the appropriate deception given the parameters you supply.

Whether you’re trying to impersonate a Swahili lawyer or an ambiguously European university student, Impersonator will take your statements, correct their inconsistencies with the profile you specified, and then explain to you the principle behind the correction. Be sure only to use this bot for good.

Not everyone has a fully defined life philosophy that they can quote from—until now. Socrates will interrogate you about your perspective on life until you’ve hammered your ideas out into philosophical precepts, which compiles into a single body of rhetoric.

Once users have defined their life philosophy, they can then engage with Socrates about things that they need another perspective on. Socrates will fetch relevant snippets from another user’s life philosophy, offer the user context, and quote the snippet.

With Socrates, you’ll be on your way to enlightenment in no time flat. 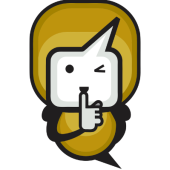 More from this Author

In today’s digital age, everyone is looking for a quick way to make money …
More